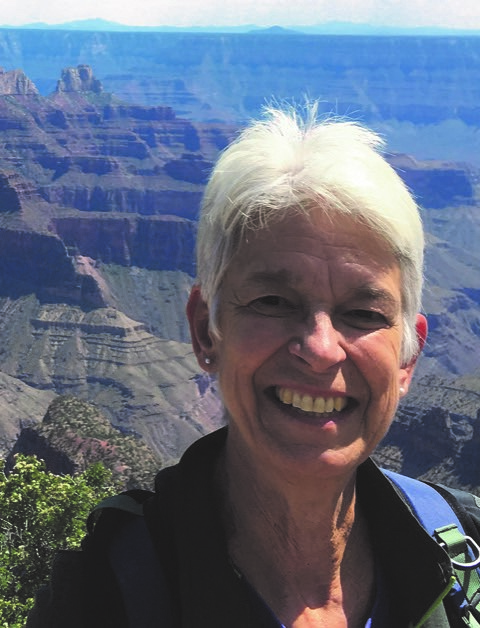 Wynne Brown will present a talk about her book The Forgotten Botanist: Sara Plummer Lemmon's Life of Science and Art as part of the State of Arizona Research Library’s 2023 Arizona Author Series. The talk is at 1 p.m. MST, Thursday, March 2nd, and will be held virtually on Zoom. Attendees are encouraged to register to receive the link to the presentation. After the talk, there will be time for questions from the audience.

In 1870, Sara Plummer left the East coast and migrated to Santa Barbara for health reasons. Soon after, she established the town's first library and taught herself botany. Ten years later, she married botanist John Gill Lemmon and they documented hundreds of species of new flora throughout the Southwest. Though she was a botanical expert, lecturer, and an artist (including drawing the plants she discovered alongside her husband), she is often rarely credited for her contribution to the field. Instead, she is acknowledgement merely as “J.G. Lemmon & wife.”

The Forgotten Botanist places Sara Plummer Lemon's extraordinary life in the spotlight so that we may all learn about her work, travels, and ambitions. Her courage and resilience to leave everything she knew behind to become an accomplished botanist in her own right is nothing short of inspiring.

You can read The Forgotten Botanist and many more titles for free on Reading Arizona.

Wynne Brown is a freelance writer/editor/graphic designer based in Tucson on the Arizona lands of the Tohono O'odham Nation and the Pascua Yaqui Tribe. Her recent book, The Forgotten Botanist: Sara Plummer Lemmon’s Life of Science and Art (University of Nebraska Press), was selected as a Southwest Books of the Year Top Pick and won both the Spur Award for Best Western Biography and the WILLA Literary Award for Creative Nonfiction, among others. Her other award-winning books include Remarkable Arizona Women, The Falcon Guide to Trail Riding Arizona, and Cave Creek Canyon: Revealing the Heart of Arizona’s Chiricahua Mountains. She is also the president of Chiricahua Regional Council, the Pima County representative to the State Board of the Arizona Historical Society, and she was the 2022 Spring Pima County Public Library Writer in Residence.

This event is part of the 2023 Arizona Author Series. This program is supported by the Arizona State Library, Archives & Public Records, a division of the Secretary of State, with federal funds from the Institute of Museum and Library Services.